“What Artists Wear” by Charlie Porter

For his new book What Artists Wear, Charlie Porter met with the stylist Karen Binns, who was a close friend of the artist Jean-Michel Basquiat. In this exclusive extract, Binns tells Porter about Basquiat’s style, his love of Comme des Garçons, and that time he walked in a Comme des Garçons Homme Plus show.

Signed copies of What Artists Wear are available at Dover Street Market and on the DSML E-SHOP. 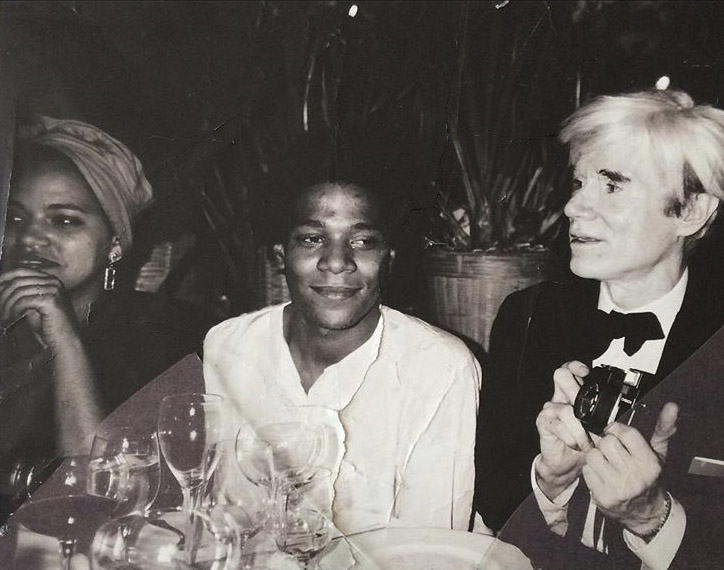 Basquiat had a singular approach to what he wore, whatever he was doing. “He dressed in the most expensive clothes,” Karen Binns said of her close friend Basquiat, “with paint all over them. Constantly. Most of the time he wore Comme des Garçons, with loads and loads of paint, and also loads of joint burns. The slipper was part of his life, and they would be the beautiful slippers like your granddad had, paint all over them. I never saw such brilliance! It was always a look! The shirt would be twisted round, a scarf would be thrown from somewhere else. It was the most natural look that I’ve ever seen.” ​

Spontaneity, self-belief was all. “I remember showing up at his house one day, and him putting on a beautiful new jacket from Comme. Underneath was the painting outfit he’d had on all day, and the slipper he had no intention of taking off. He said, ‘Great, I’m glad you’re here, I just called a cab.’ I was like, ‘What do you mean?’ He said, ‘We’re going to the Met.’ I said, ‘I’m not going to the Met dressed like this.’” ​

She was wearing a cap-sleeve trench three sizes too big, Adidas trackpants, brogues and a headwrap. “He said, ‘No, you look cool, we look cool. We’re bad. We’re badass.’ I said, ‘You’re taking me to the Met?’ ‘Yeah, I gotta go for the dinner.’ I said, ‘Are you serious?’ ‘Yeah.’ He takes me to the fucking Met dinner.” ​

Binns said Basquiat’s art and what he wore were the same thing. “When you look at his work, the way he put colours together, it’s the way he got dressed. Completely.” So too the art on everything – tagging walls, doors becoming work, his ideas and intelligence uncontainable. Likewise the paint all over his clothing. The language of what he wore was formed long before his sudden fame- oversized, off-kilter, chaos in control. Comme des Garçons was the place he found his language understood. ​

In 1987, Kawakubo wanted Basquiat to model in her men’s show. At the time, Binns’s then husband, Harry, was working at Comme des Garçons in New York. Kawakubo asked Harry to ask Karen to ask Jean. ​

“I go to Jean’s, I say, ‘Listen. You know Rei wants you to do her show?’ He kept on painting,” said Binns. They talked about the terms, Basquiat smoking a joint, and agreed on a fee. “He said, ‘Yeah, I spend a hundred grand a year in that shop anyway.” Basquiat had other conditions. “You know what else,” said Binns, as Basquiat, “’You got to come, and they’ve got to put you guys in the same hotel as me. These are my terms.” ​

They flew to Paris. “we get to the hotel, he’s ringing my phone. ‘Karen, come upstairs.’” She went upstairs, where Basquiat had received the payment, already made. “I said to Jean, ‘You’ve got to show up for the show now, right?’ He’s like, ‘Don’t worry about it.’ He’s pulling out a joint in the hotel.” ​

Basquiat turned up for the show. He modelled a double-breasted suit, its multitude of buttons reaching back to tailoring’s nineteenth-century origins, but its cut slick and modern. “It was genius,” said Binns. ​ 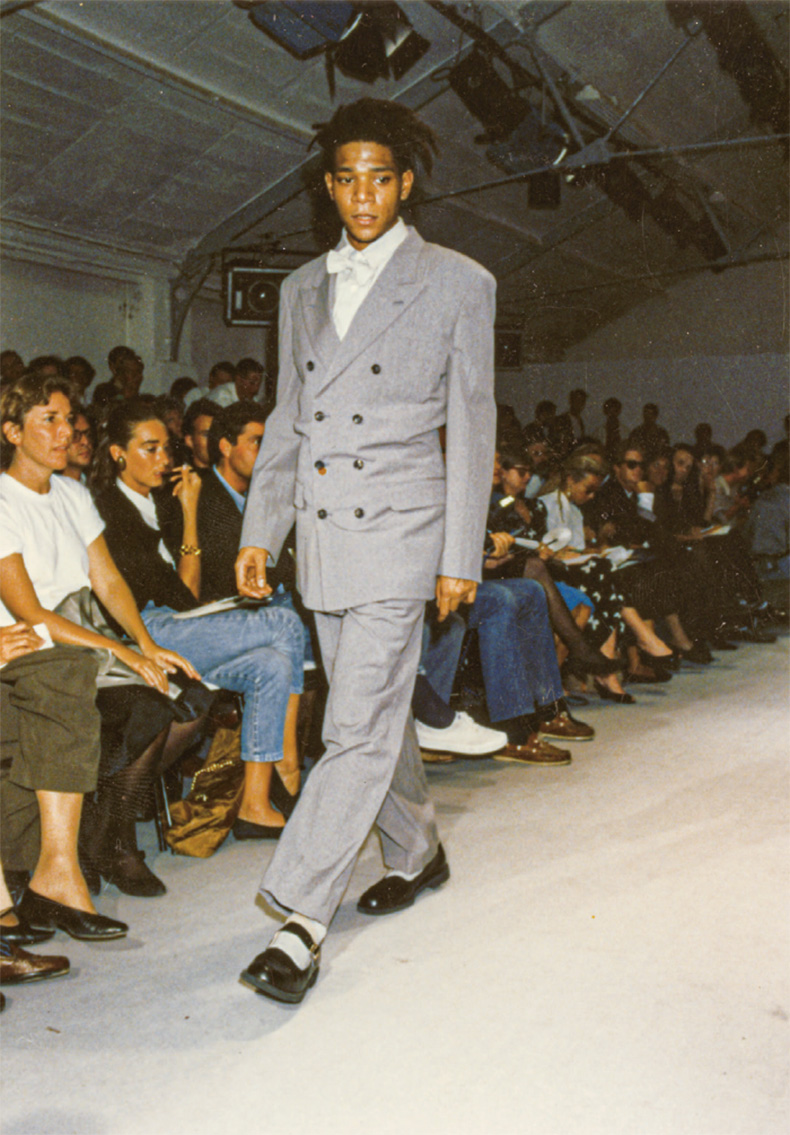 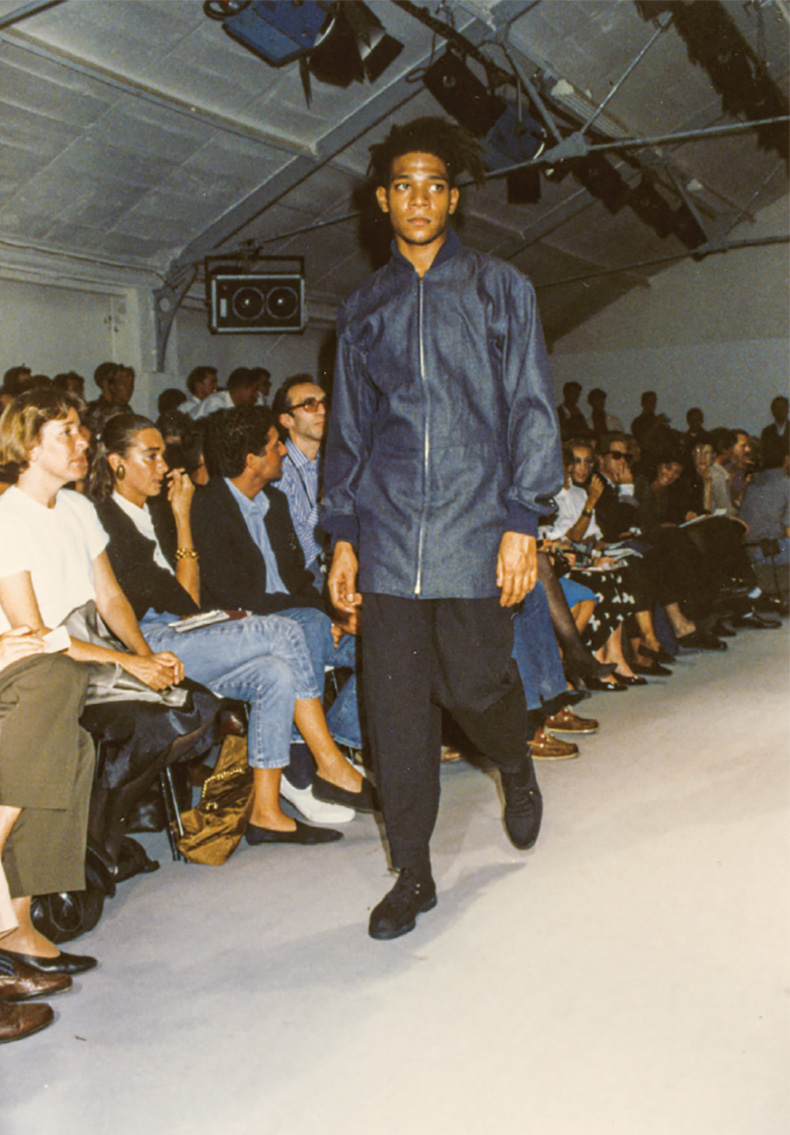 There were other looks, like this long zippered jacket, pushing the shape of a bomber into a more formal tailored line.

If only all tailoring had such sense of curiousity and purpose! If there had been innovation in its design, it could then have had a primary meaning other than as a garment worn to express power. ​ 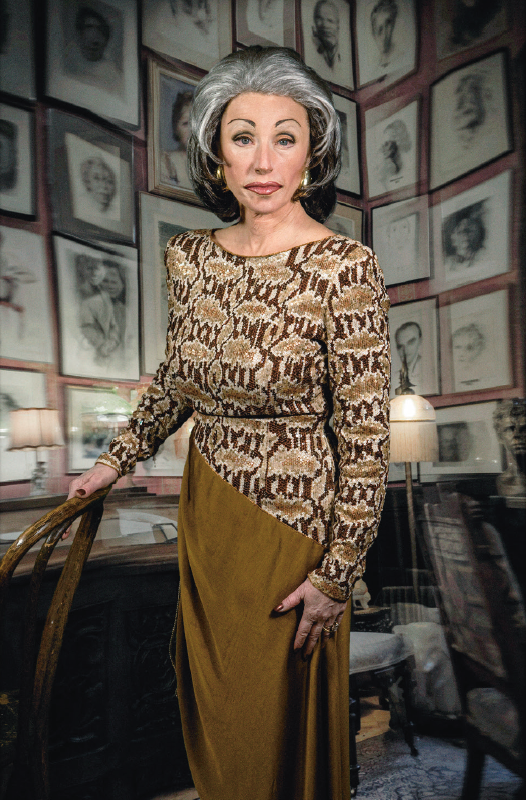 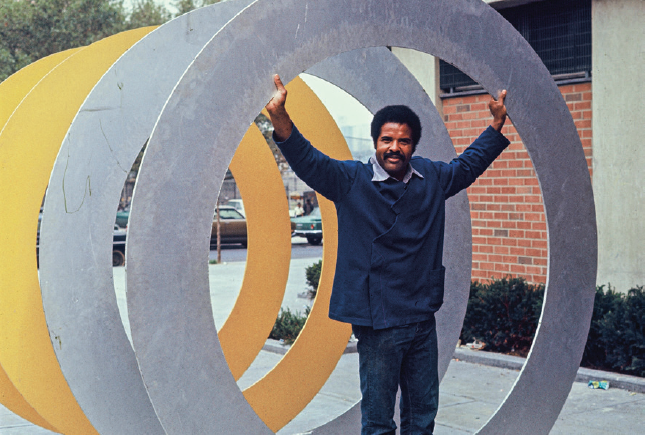 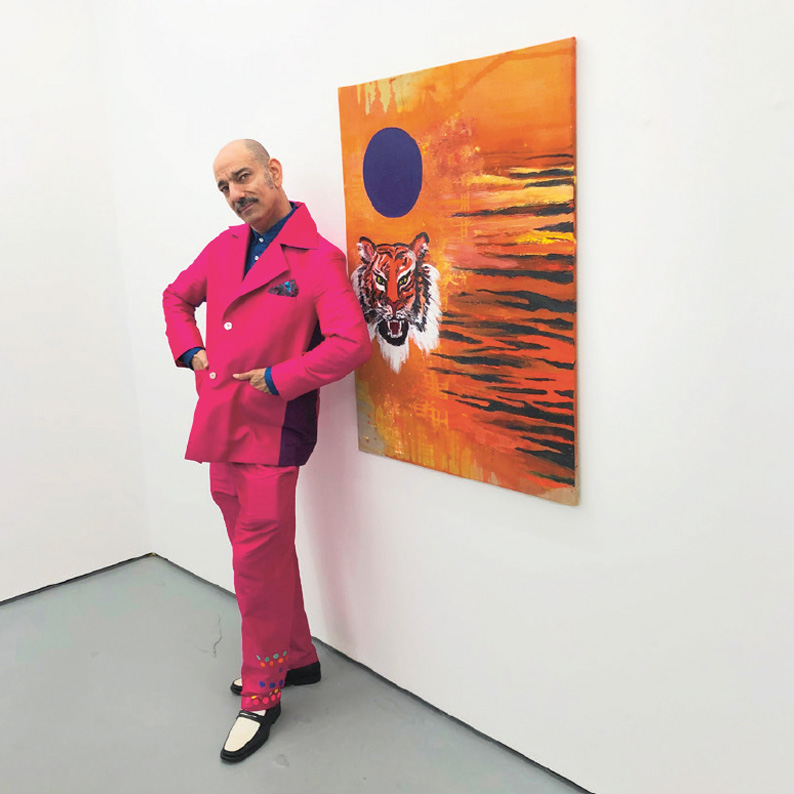 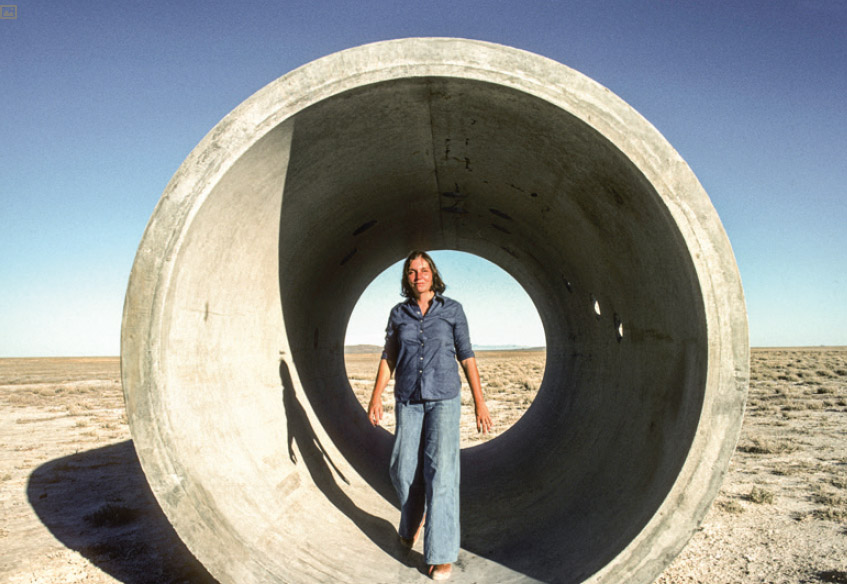 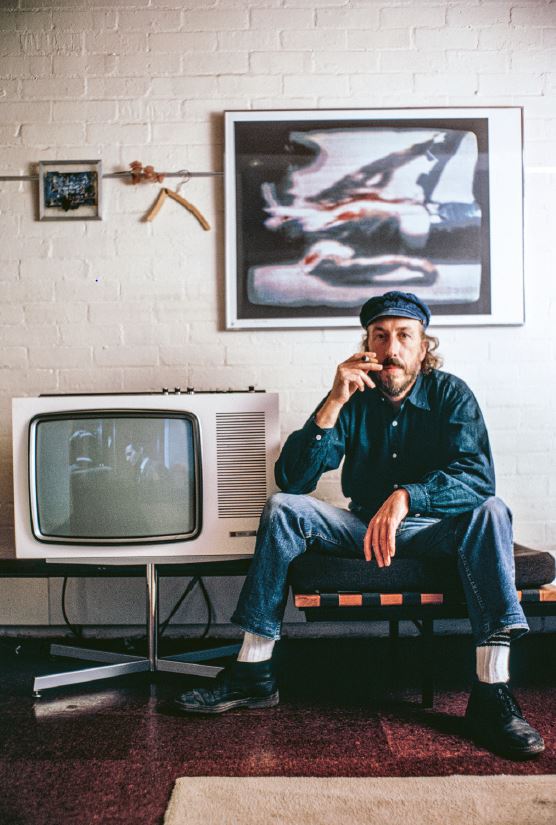 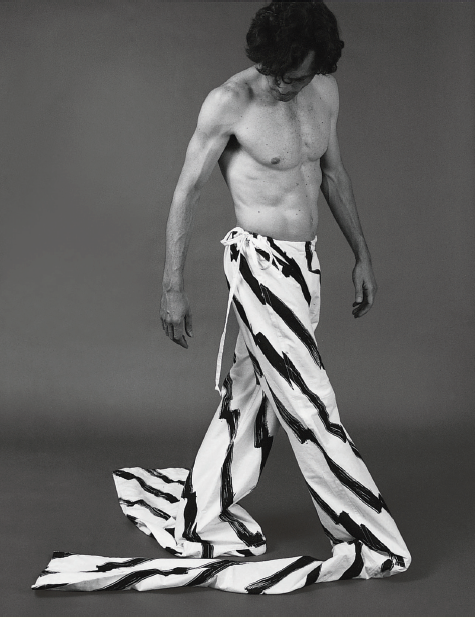 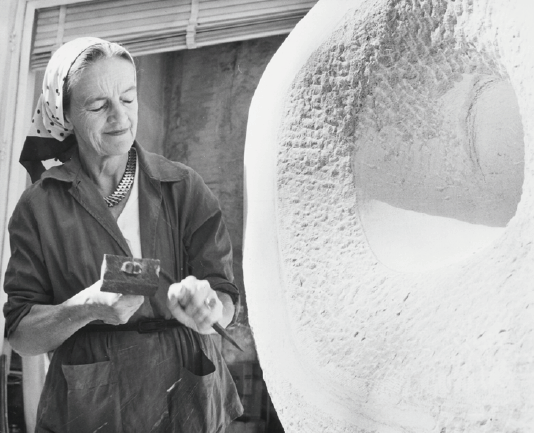 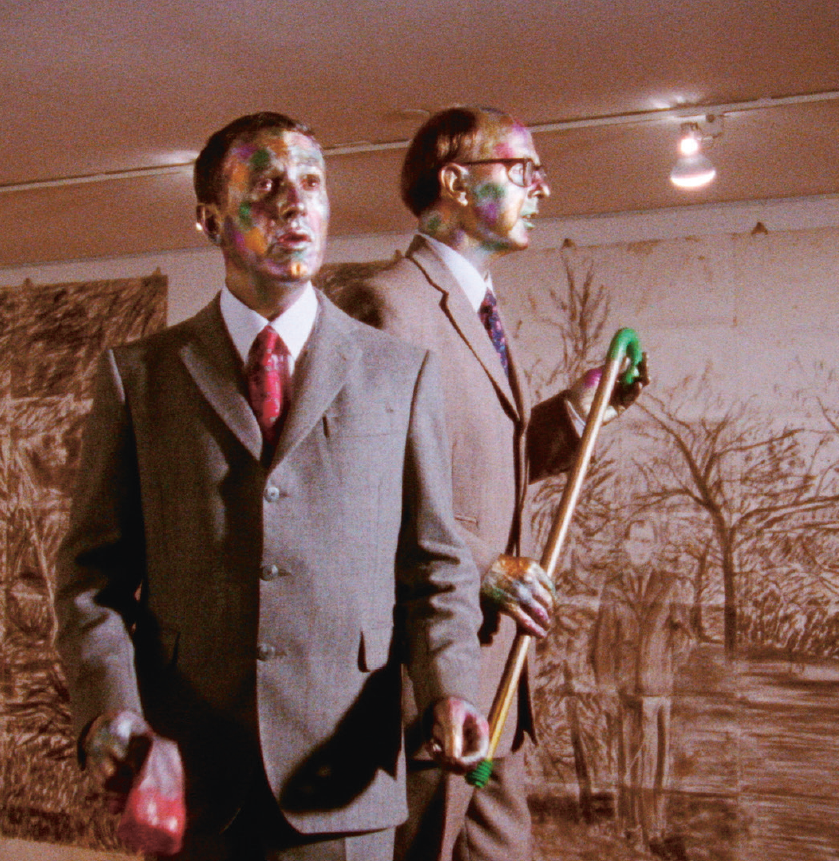 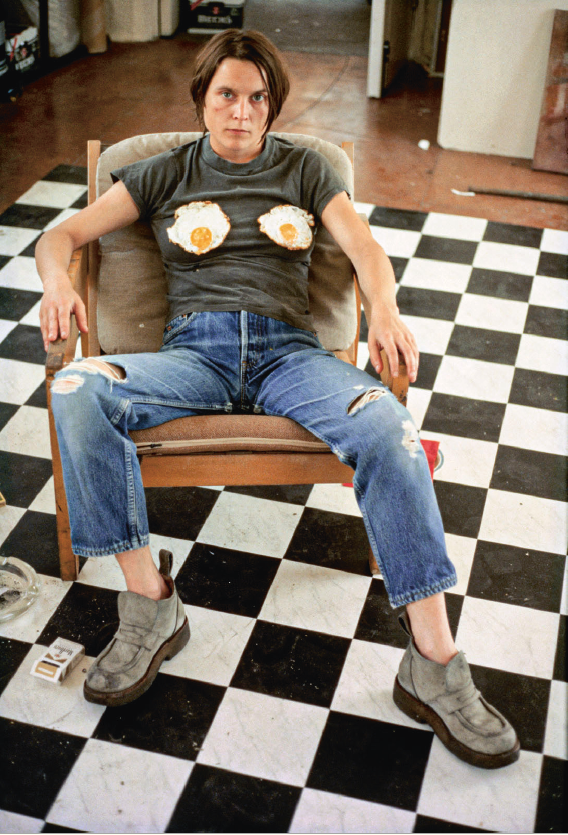 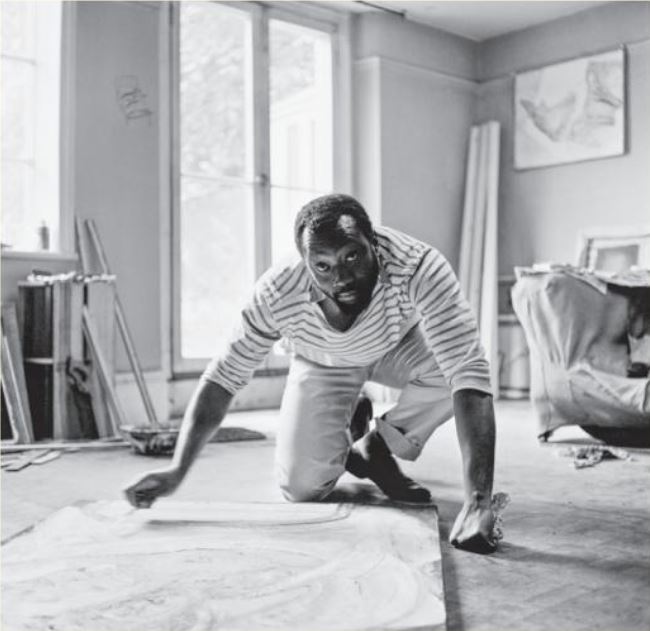 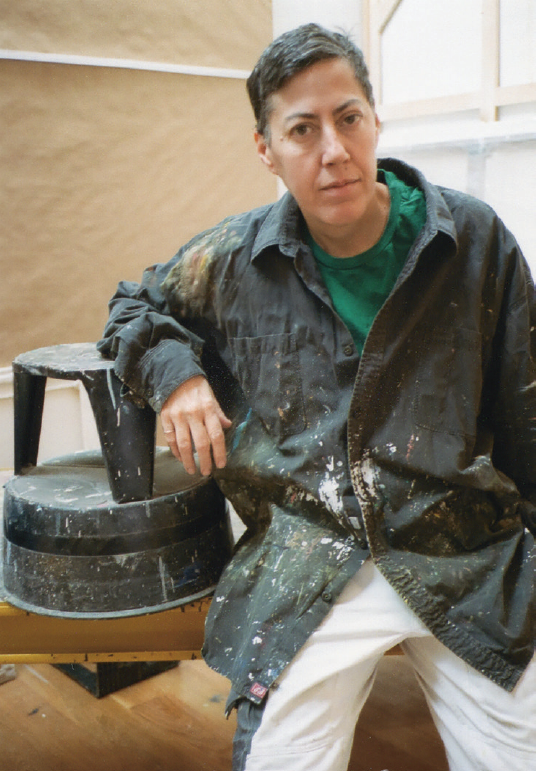 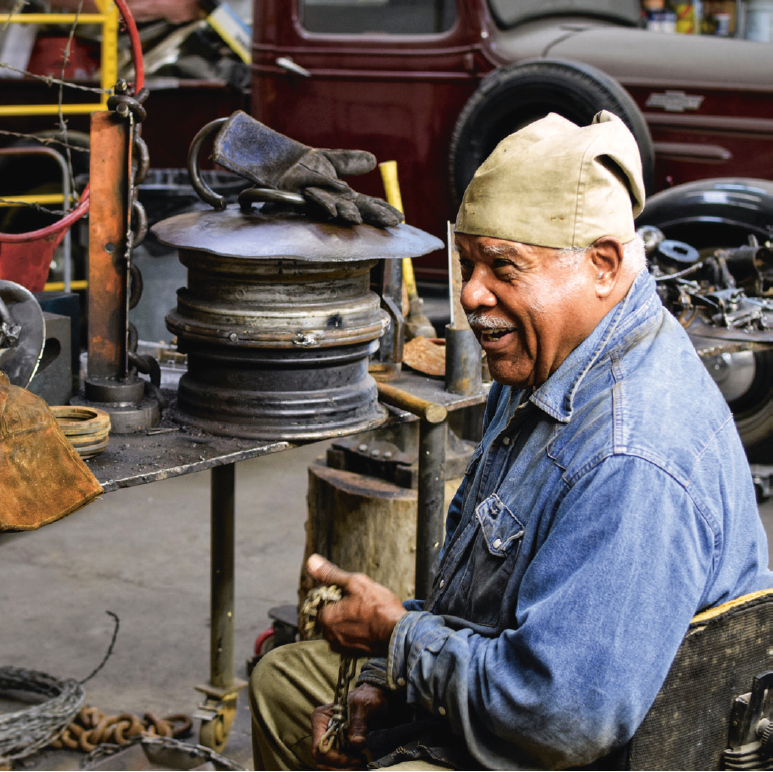